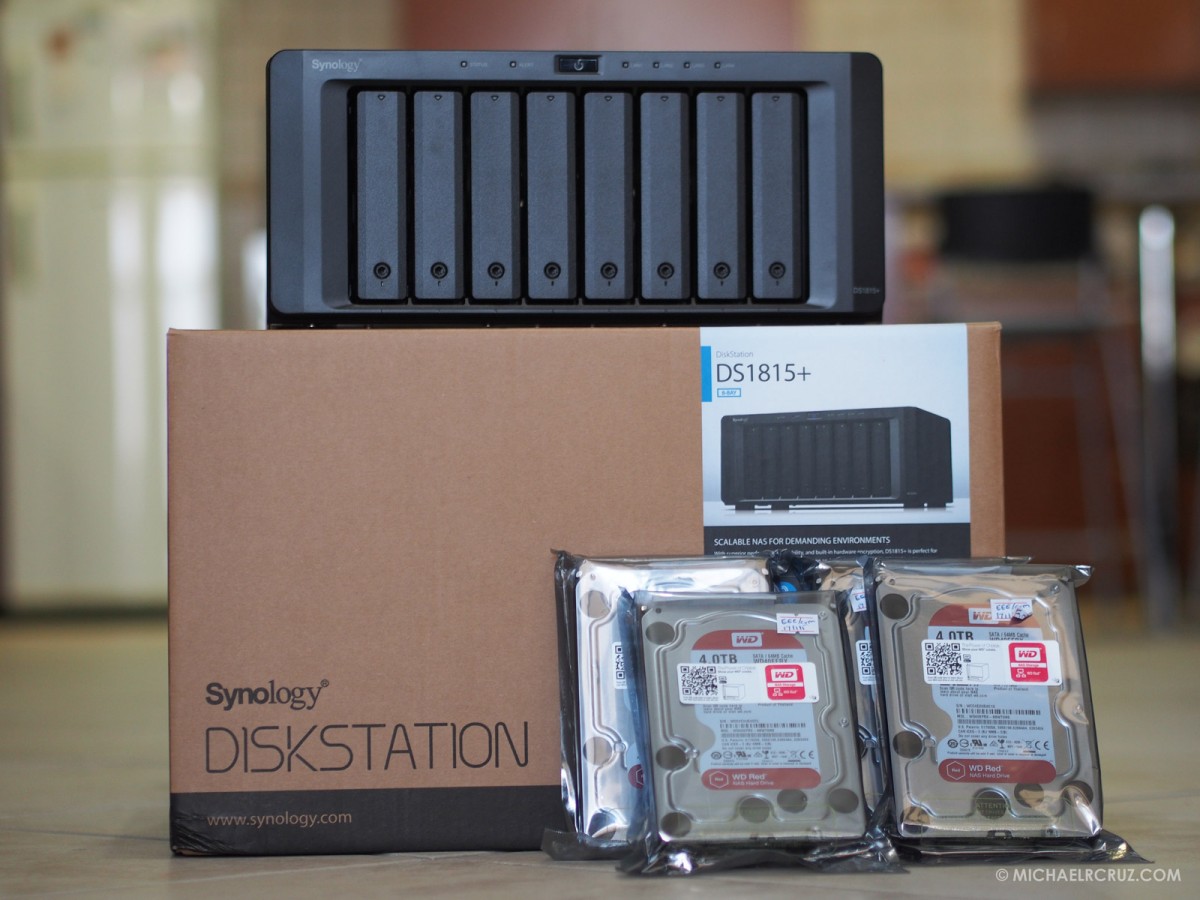 If you have read my previous blog post about backing up, this is sort of a prequel for the part 2 of that post.

I have been searching for a good “long-term” network storage device.  What I need is something reliable, versatile, with a good CPU power, which is expandable.  Then I came across this, the Synology Diskstation. I was thinking of getting the 5-bay storage at first but then, the price difference with the 8-bay was not far off, besides I needed it to be future-proof, having more bays means I can always expand it later when I need more storage.

After a lot of Youtube and forums research, I decided on the Synology DS1815+, it is an 8-bay Network Attached Storage.  Synology is a known brand when it comes to storage devices and after using this product, I learned why.

Here are the specs:

Full specifications can be found here.

Ease of Use & Installation

I have to admit, I didn’t know it would be this easy to install a NAS with this caliber.  I think Synology’s implementation in both software and hardware is very straight forward.

The hard disk bays are easy to remove and it requires no tools to install your HDDs; you just remove the clips on the sides, place the HDD and put the clips back.  That easy.  No tools required at all.

The good thing about this NAS is not only is it so easy install for people who don’t even know anything about networking but it also offers a lot of customization for advanced users. 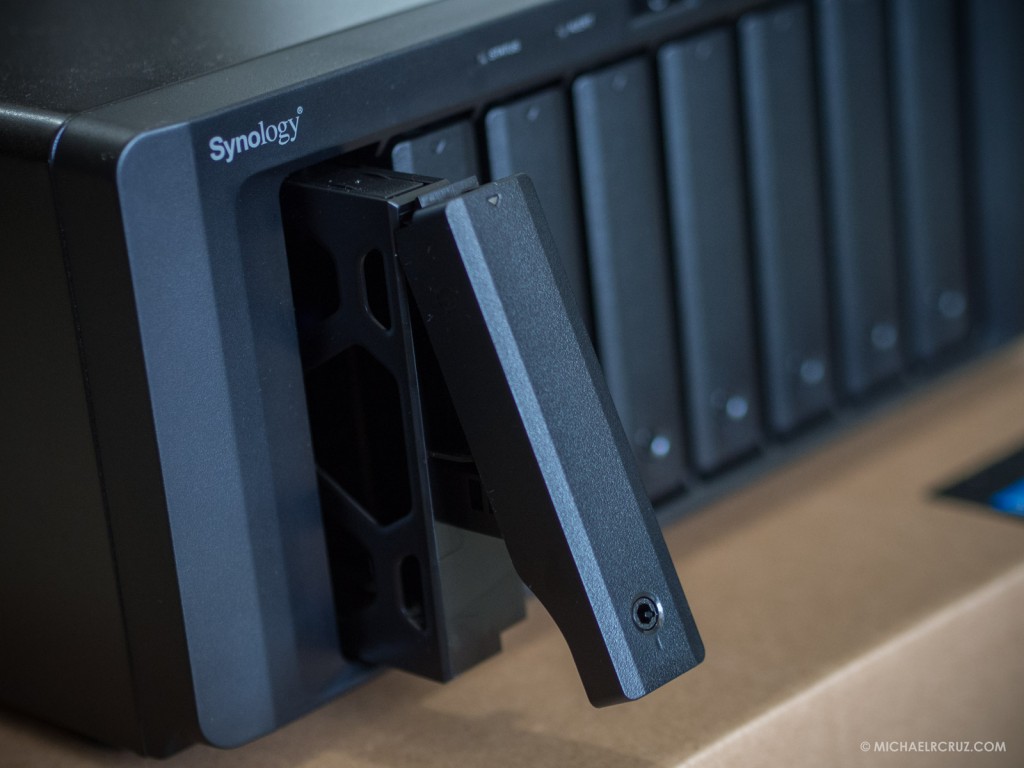 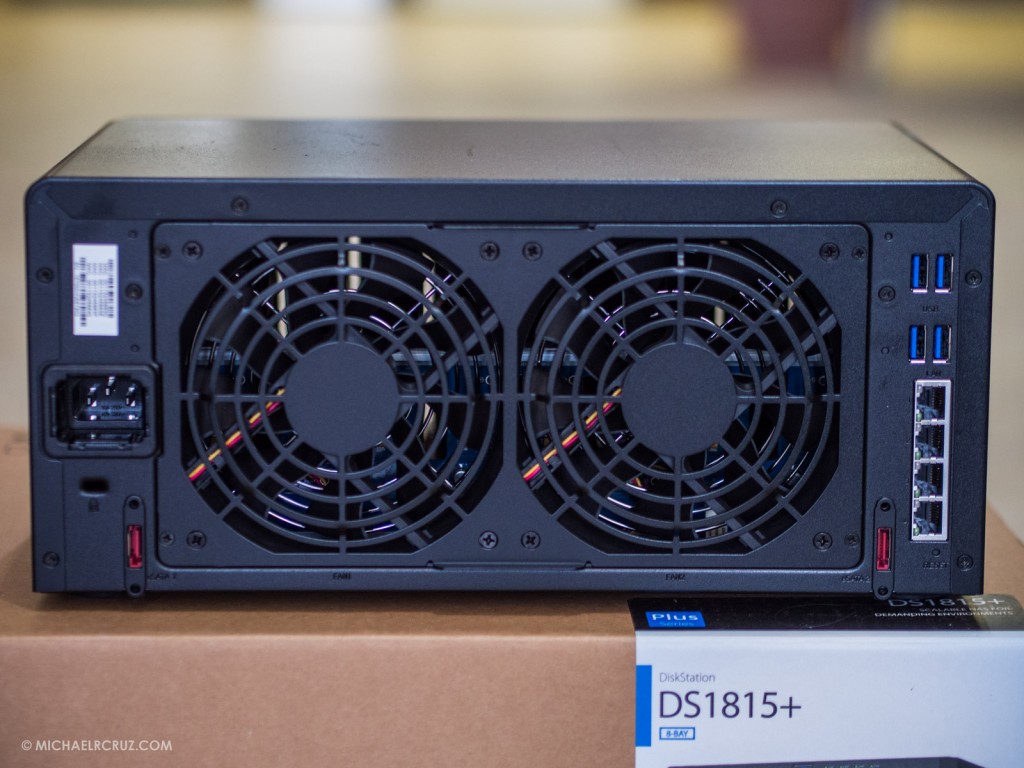 Synology DS1815+ have multitude of ports for expansion and customization

DS1815+ can be configured in a multitude of ways, depending of course on what you need.  It supports all popular RAID configuration but by default, it will use Synology’s hybrid RAID, which I think is a good alternative to traditional RAID.  Unlike traditional RAIDs, Synology’s hybrid RAID called SHR, is a more user-friendly approach on RAID.  For example, if you use RAID 5 or RAID 6 and you want to expand your RAID array, you need to reconfigure the entire array, meaning you have to transfer all your data and start from the beginning.  With Synology SHR, you can just add a drive and expand your array without reformatting, just simple plug and play.

Configuration page of the Synology is very user friendly

I have discussed RAID on my previous blog post and to be honest, RAID is not really a straight forward thing. For me, the main purpose of RAID is redundancy so I’ll use that to my advantage. I purchased 4 pcs of 4TB WD RED NAS drives and decided to configure them in RAID 10, although the Synology SHR is very tempting but I think RAID 10 is the one for me.  I’ll lose 50% of my storage, but my main purpose of using RAID is to have a copy of my important files on 2 separate media. In RAID 10 configuration, I’ll gain the performance of RAID 0 and the redundancy of RAID 1 which is mirroring.  So In case one of my drives fails, I don’t have to spend a long time rebuilding an array which can take a while if you are using RAID 5,6 or SHR. 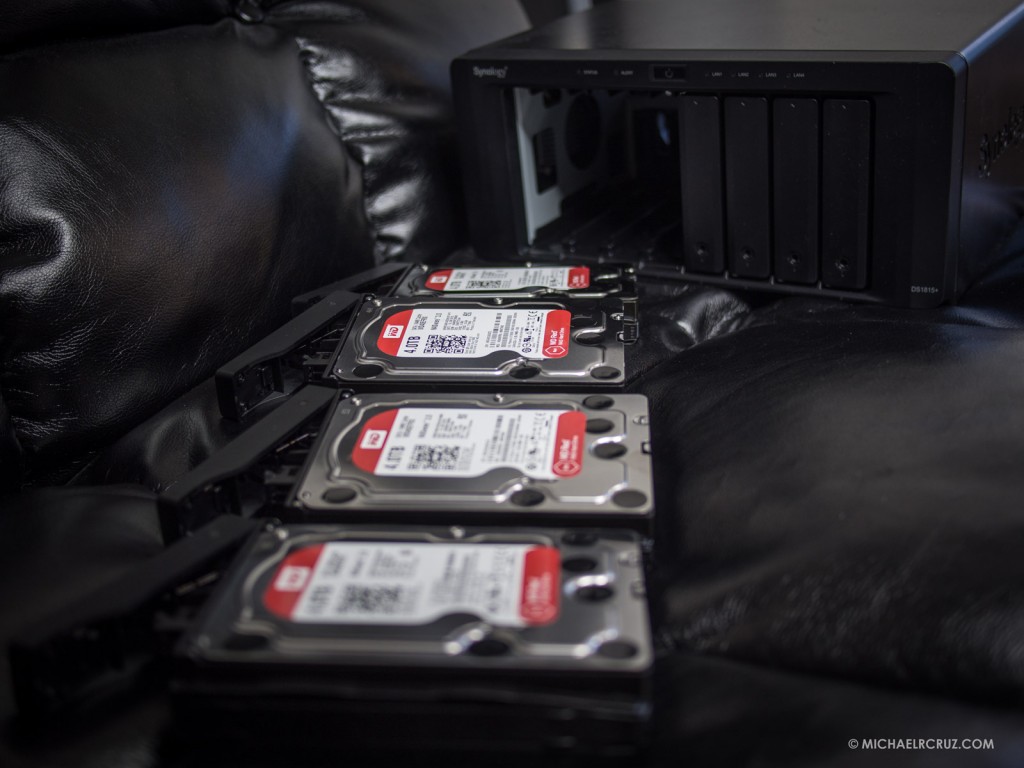 So far I am happy with the performance, the transfer rates from my Macbook Pro with Gigabit Ethernet is around 85 – 110 MB/s, which is faster than any of my 2-bay NAS.  The fan noise is surprisingly silent; my 2-bay NAS with tiny fans are much louder compared to Synology’s.  If I use Adobe Bridge to open one of my raw files folder, it creates thumbnails so much quicker than my other NAS, that itself is worth the buy.  I am really happy with the purchase and I think it is worth every penny. 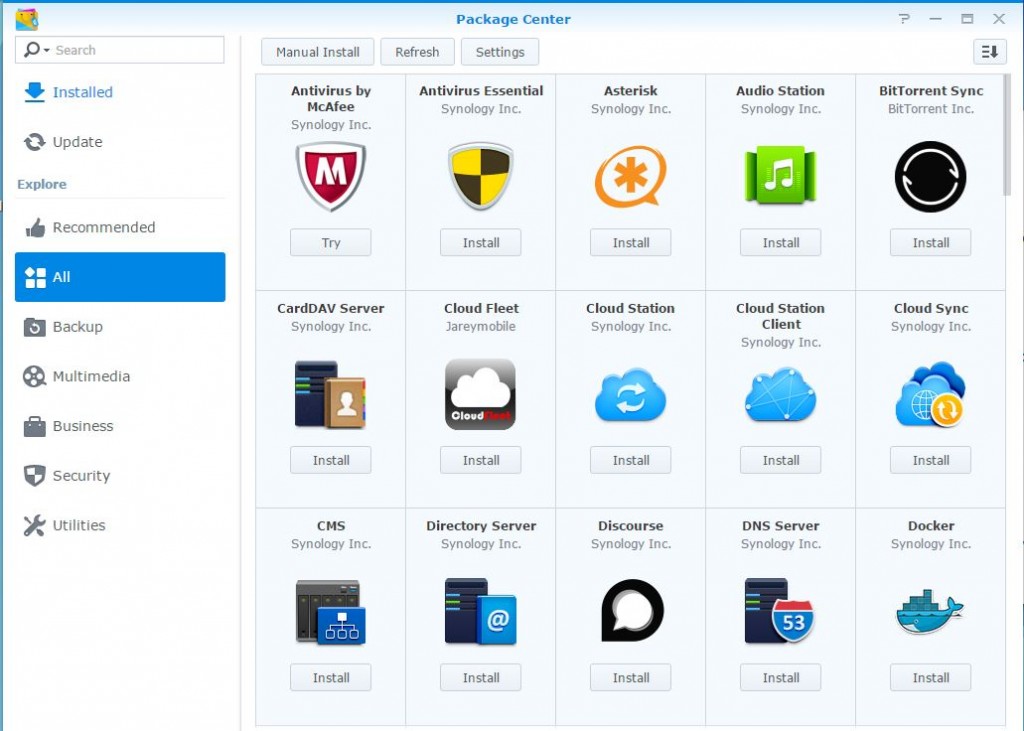 So far I have  discussed only the basic function of the DS1815+, which is the basic NAS function, but the good thing about this box is that it offers so much more.  You can install different apps on this box and configure it anything you want it to be, it can be a:

and so much more.  I think this is probably one of the most robust and feature-packed NAS out there that won’t break your bank account.